Burst has helped singer-turned-campaigner Claire Tchaikowski create an ad for one of the most abundant natural products around: Human Milk. Claire talks about how her campaign began, and Burst’s Dana and Eric Trometer explain how the ad was made. 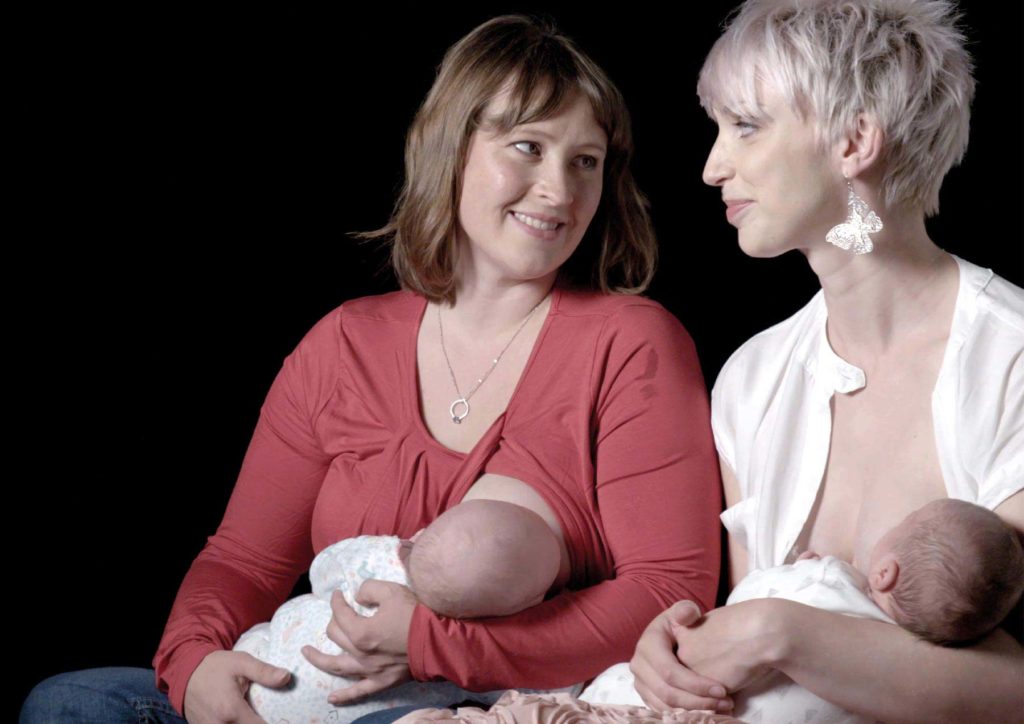 How did a vocalist steeped in the glamour of low-lit recording studios and London nightlife end up starting one of the fastest-growing awareness campaigns of recent times around human milk? It seems an unlikely twist – until you consider that human milk is pretty universal. Not many substances rival it, really. Water, perhaps – or maybe air. That’s the level of familiarity we’re dealing with here. Human milk is a product of nature that nourishes most of us through the earliest parts of our lives, and biologically bonds one generation to the next. On those terms, it’s a pretty big deal. We just kind of try to avoid that fact.

To find out why Claire Tchaikowski wanted to make human milk an even bigger deal – and one that we’d shout about far more openly – we need to flash back a few years and chart a tale of culture shock. After catching attention with her ethereal vocal style, achieved by multi-tracking her own voice till it sounds like a choir, Claire was signed to Sony BMG and Universal as a bonafide recording artist. In 2008, she released acclaimed album Those Thousand Seas, fulfilling a lifelong dream. But the experience was strangely unsatisfying.

“Slowly,” she says, “I began to realise I was in an industry that was okay with me being 19, but not a lot older than that. Plus, it was more enthusiastic about me being the next Dido, rather than helping me to develop my own voice. There was quite a lot of pressure to write girl-next-door lyrics musing on boyfriends and so on, rather than anything more exotic. I mean, I love Liz Fraser, and look at what she does – she makes up her own words!”

Claire eventually parted ways with the London music scene, moving to rural Somerset with her fiancée and quickly falling pregnant. And that was when the culture shock set in. “I’d gone from being in Chiswick for 16 years, and going out most nights trying to be fabulous, to a place without any pavements,” she says. Her old, creative community felt a long way away – and that sense of isolation only grew when her son, Elliot, was born.

“I was out in the middle of nowhere, not earning any money, not clocking up any tax or National Insurance and just feeling like I wasn’t on the map,” Claire says. “Then I was getting all these confusing messages from my old life, along the lines of, ‘Get back into your skinny jeans, go back out there and do your thing.’ It felt like people were saying, ‘ditch the baby,’ rather than, ‘I’ll come round, make some tea and cook, and you can put your feet up.’ And that’s when it dawned on me: motherhood is just not seen as a sexy thing in our culture.”

Amid that strife, though, something unexpectedly amazing happened. “Once Elliot was born, I began to breastfeed him – as you do. Six months later, he was still going. At one year old, he was still going. Then we get to 16 months, and he’s showing no signs of stopping – and, for my part, neither am I! A few parents I knew had already put their kids on cows’ milk, and asked me whether I’d do the same. As some of my family had never been great with cows’ milk, and I’d never been great with it either, I just said, ‘No… not yet.’ But at the same time, at the back of my mind, I was thinking: ‘what on Earth is the timeline on this stuff?! What should be the actual cut-off point?’ It was a real puzzle.”

Claire headed to Facebook for answers – and that was where she began to regain a sense of the camaraderie that she’d largely left behind in the move to Somerset. This time, though, the spirit of togetherness wasn’t based around music – but a seemingly endless fascination with human milk. “I started visiting this support group with more than 10,000 members in it, most of whom were still feeding their own milk to children over the age of one, and a fair few of whom were going up to two, three and four. I even discovered it wasn’t unheard of to feed breast milk to children as old as seven.”

Essentially, Claire learned, it was all a matter of supply and demand: as long as the demand is there, the supply will continue. Ah! Case closed, you might think. But you’d be wrong – because Claire picked up something else from the group that swiftly seized her imagination, and sparked a drive, not unlike the one that had powered her music career. “I found out how many women were being given not just disrespectful, but completely factually incorrect, advice about their children and their own bodies. This was every day, on pretty much every thread. There were three types of comments: ‘I’ve just come back from the GP and he’s told me that my milk’s had no nutritional value since my child turned one’; ‘My mother-in-law is on at me to stop, because she thinks it’s disgusting’, or ‘The health visitor just had a go at me because using human milk past “X” age is gross, and the child will end up really clingy.’”

Claire adds: “There was lots of ‘advice’ out there that was based purely on personal beliefs, along with other stuff that emerged from once-trendy, now-outdated, thinking from bygone eras. One theory that really stunned me, which I think came from the 50s or 60s, was that the odour from a woman’s armpits was somehow toxic, so putting a baby close to the breast wasn’t a good idea! I mean, really useless ideas – some of which have persisted.”

It was a lightbulb moment. “I became hyper-aware of the gulf between, on one hand, how my body was valued only in the sense of being something that other people told me what to do with, and on the other, the very natural process of producing and giving human milk. In the entertainment world, I’d been a commodity, but as a mother, I was making something for free. Then there are all those double standards around people’s reactions to human milk – wincing when they see a mother breastfeeding her child on a street that’s dominated by a giant billboard of a woman in a bikini. That sort of thing.”

Time, then, for a consciousness-raising exercise. “I’d always loved making films,” says Claire. “I’d made music videos for some of my songs, and found the process really fascinating and enjoyable. Following that, I’d worked with Dana Trometer at Burst on an awareness film about the effects of illegal downloading on the music industry. With that approach in mind, I wanted to do something really simple: make an advert for the wonders of human milk and the benefits of breastfeeding. The first person I contacted was Dana. I texted her and asked whether she was up for helping me make this film, and she just said, ‘Yalla, let’s do it!’ And as soon as Dana was up for it, I knew it would be possible.”

To pave the way for the film, Claire wanted to ensure it would have a readymade audience. Once again, she harnessed Facebook power. “I created a page for my campaign, then hopped back on to the support group I’d been visiting and told everyone where it was. When I woke up the next morning, I had 480 people on there. It was astonishing.” [NB: at the time of writing, the page has garnered more than 1,800 likes.]

In the autumn of 2015, Claire worked with Dana and Eric Trometer at Burst to put the film together, casting it with the help of people she’d met online and arranging a fun shoot that took the form of a friendly, breastfeeding-based coffee morning – the difference being that there was a studio at the back of the room! Once the film was completed, graphics containing little-known scientific gems about human milk were added, and Claire deployed her vocal skills as the ad’s narrator.

Since the film was completed, Claire has been even busier. As well as ploughing through reams of scientific research to deepen her knowledge of human milk, she has developed a website for her campaign and reached out to key people in the field who have already become valuable partners.

“One of my key colleagues on this is Dr Natalie Shenker at Imperial College London,” Claire explains. “For her PhD, Natalie investigated breast-cancer rates among mothers who breastfeed compared to rates among those who don’t – apparently, breastfeeding reduces rates enormously – and she’s really been helping me to get the science right.

Claire has also been prepping for the campaign’s full launch in Bristol on Saturday 21 January, when the website and film will be unveiled. “We lined up a beautiful, small venue for the event – then it sold out, in 10 hours, four months ahead of the launch,” says Claire. “So we actually upgraded to At-Bristol: the city’s science museum. That’s such a great place to hold an event like this.

Human milk is the future – and that future starts now! 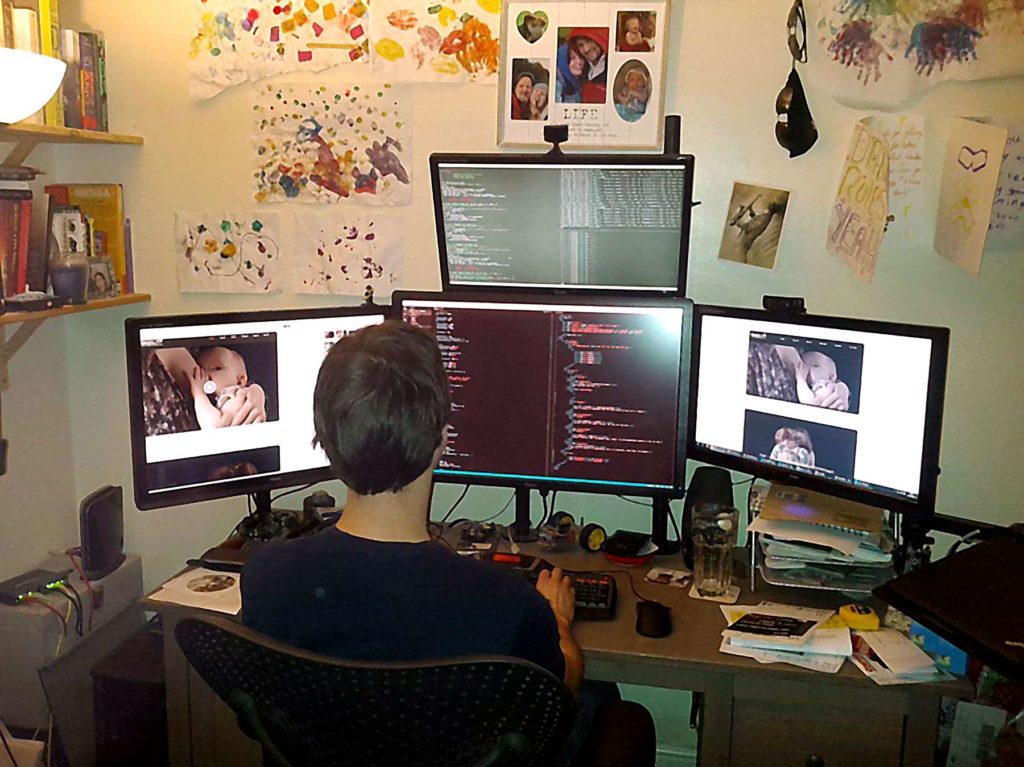 Human Milk: Cream of the crop

The visuals for the human milk advert are stylish, yet very simple. Why did you go for that subtle approach?
We wanted to focus on capturing emotional moments between parents and their babies, so keeping it in a cosy and controlled environment was essential. We also knew from the start that we wanted to include a lot of graphics to convey the scientific research behind the benefits of breastfeeding, so we had to ensure the space on the screen would accommodate that information. All the graphics are based on proper scientific data – we used correct molecular structures, checked with breastfeeding specialists. Claire did a great job on the research.

How did you engage the human milk community in order to cast the advert and figure out who would appear?
Claire took care of all that while she talked to her breastfeeding community on Facebook. She started a discussion and got everyone excited about it. She managed to get in touch with families from a range of cultures and the discussion even expanded internationally. The women who came forward for the ad were all from the Facebook group, so it was all voluntary, and most of the families came from Bristol which helped with the budgeting.

What were the main technical challenges on the shoot?
Filming with babies and younger children is always a challenge, as you don’t know how they’ll react to the people and equipment on set. Luckily, because of the shoestring budget, we were forced to keep it very tight – so we restricted ourselves to a 2-metre-diameter rotating platform with a black backdrop so we could reframe the picture a bit in the edit to accommodate the graphics. Only a few technical crew were present in the actual studio during filming – three, including Eric. We shot the film in 4K on a Sony FS7, using Nikon AI prime lenses and delivered it in 2K.

What do you hope the film will achieve?
From our perspective, we hope it will open up a debate about the human milk’s benefits and shed a light on the taboos that women often experience when breastfeeding in public. We also hope that local NHS constituencies will adopt the film and show it to practitioners as well as patients. It would be terrific if it encouraged people to choose human milk over factory-made, formula milk.